Learn How To Gain A Sponsor And Let Your “Hobby” Pay For Itself! 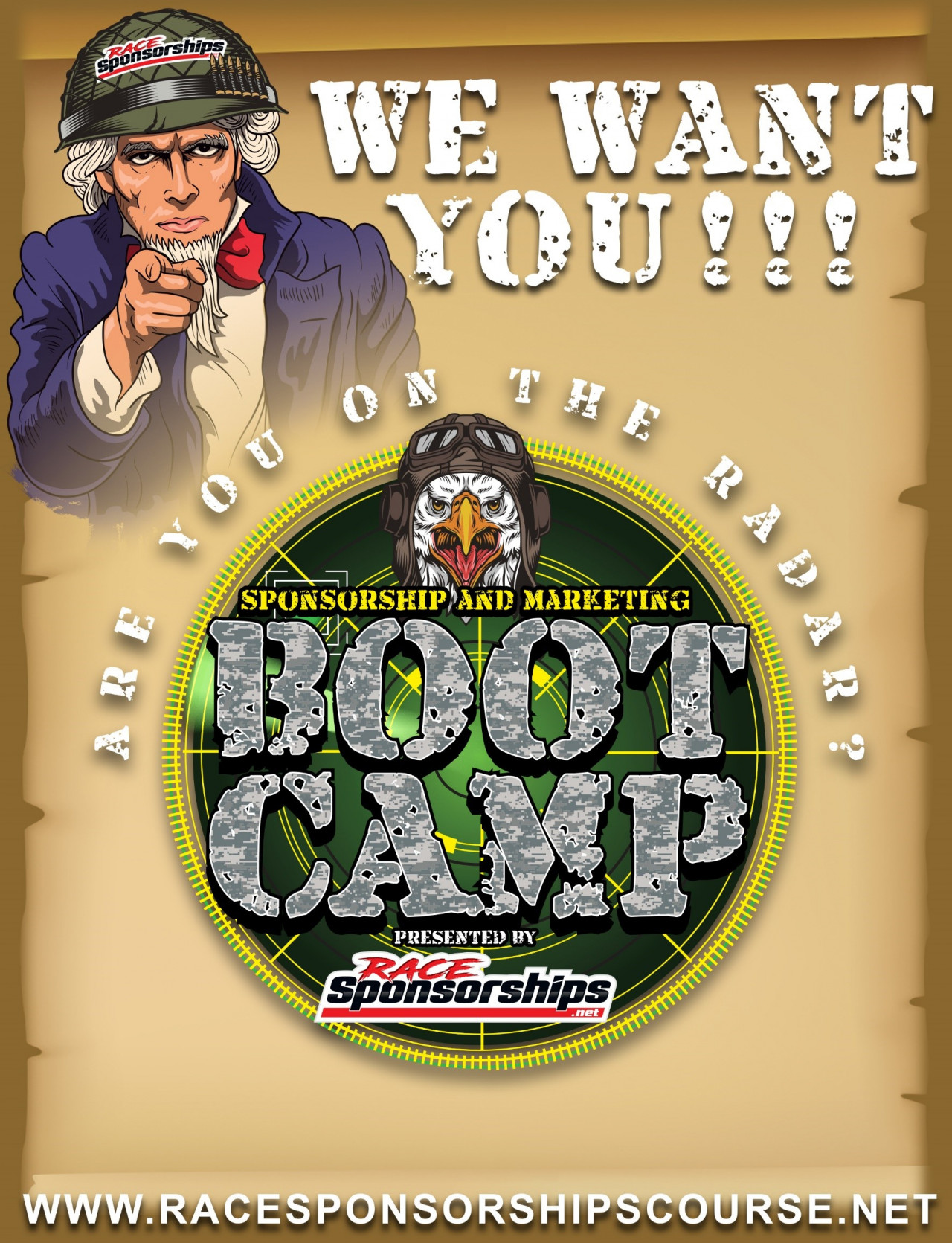 Do you want to know how other racers
“land deals” in just weeks — or even days?

Do you feel completely lost on how to gain sponsorships?

Are you clueless about where to start?

Have you been trying to figure out how other racers approach sponsors?

My name is Jeff Lambert.

I’m the President of Armed Forces Racing, a non-profit organization that offers drag racing experiences to veterans. I’ve been writing and researching about how to gain racing sponsors for more than 3 years.

In a moment I’m going to reveal what I learned from interviewing dozens of racers who have sponsors...

I’m also going to share the best way to gain a sponsor… things I learned from closed-door discussions with businesses who ARE interested to sponsor racers.

And if you read through the end, I’ll show you…

And much, much more…

“I’ve been racing for 20 years. I’ve raced on a budget my whole life, trying to do it as cheaply as possible. I’ve been wanting to do something different. I want to race some of these bigger races where the prize money is getting ridiculous.

But in order to do that, it’s been very tough... I’ve had to work 2 and 3 extra jobs and it puts a lot of pressure on you when you know you’ve worked so hard to get there.

So I started looking on the internet and I came across a guy named Jeff Lambert. I had also sorts of questions and Jeff was able to answer them.

I already have some things in the works that have helped me tremendously.” 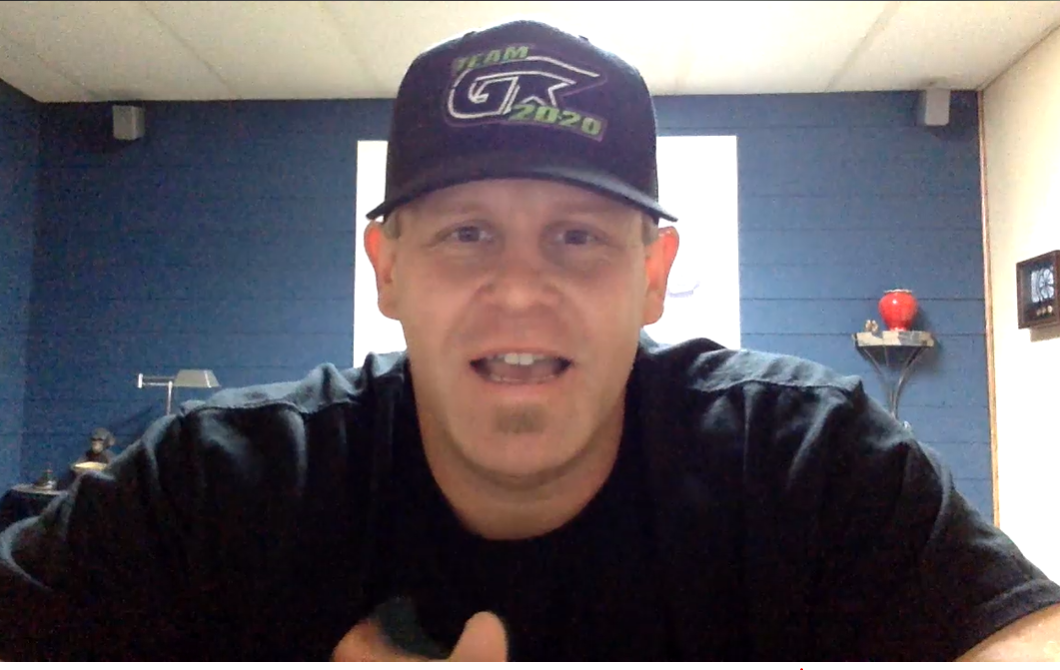 Now, Mitchell wondered why anyone would sponsor him...

But that didn’t stop him from working towards getting a sponsor.

So if you’re just starting out, and like Mitchell you have all kinds of questions about how to gain a sponsorship...

Then this letter is a must read.

I was scammed by an agent...

You see, before I discovered the “secret” to gaining a sponsor, I was scammed.

I met a couple of guys who introduced themselves as “agents”.

They said they could help me gain a sponsor for my racing program.

I honestly can't believe I was so stupid.

But back then, I didn’t know better.

If anything, it’s because I believed in 3 Sponsorship Myths.

That’s why I thought I had to work with agents to gain sponsors.

I would have stayed clueless about how to gain a sponsor...

...paying thousands of dollars out of my own pocket.

As you’re about to read, it IS possible for this “hobby” to pay for itself…!

That’s why, in this letter, we’ll debunk myths about racing sponsorships one by one.

And we’ll start with…

Myth #1: You need to cold call or email
to gain sponsors

This myth is so common when it comes to sponsorships that I don’t even know who said this would work.

If you’ve ever cold called or emailed, you’ve probably asked yourself…

“Will this even get read?”

But let me ask you…

Doesn’t it feel awful to be approached for money by a stranger?

It’s the same way with cold calls and emails.

This is why sponsorships are about RELATIONSHIPS.

Since I learned this, I’ve never had to wonder what to say or how to approach sponsors.

And I’m not the only one.

Here’s Heidi who used to send cold emails without building a relationship first.

She took a shot in the dark and sure, it worked sometimes...

It was VERY STRESSFUL…

“My biggest thing was to learn how to approach big sponsors.

To ask for the moon and get it. That’s what I’m learning to do and it’s been amazing.

So it’s been very valuable to me.” 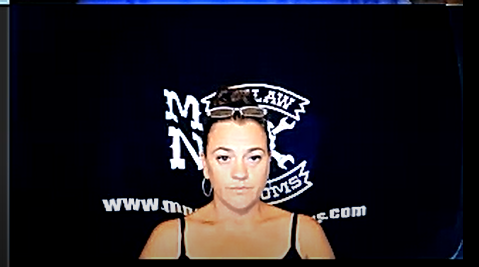 What EXACTLY is right and very, very wrong when approaching a sponsor? What do you say to big sponsors? How do you get their attention?

It’ll all be revealed in a few.

But for now, let’s move on to…

Myth #2: You need to be old or experienced
to gain a sponsor

When it comes to gaining sponsors, racers are looking at things from the wrong end.

They think it’s about them.

Because they CARE MORE about what you can do for THEM.

Take it from Cody who’s getting a headstart even if he isn’t experienced yet.

“I’m young. I haven’t had the experience of getting out and being a part of all the different aspects of everything besides just getting in the car and drive.

When it comes to trying to figure out how to put myself out there, Jeff has helped me get my feet wet just enough to make you feel relaxed and more comfortable about the whole situation.

The good thing about what Jeff’s doing, you realize, “Wow! I can do this!”

That makes it easier to take the next step.” 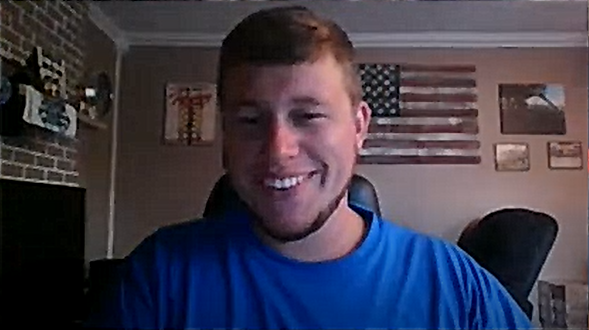 So aside from RELATIONSHIPS…

Sponsors care about what they stand to gain from what you offer.

Which brings me to...

There’s a certain pride to gaining a sponsor.

Just seeing that sticker on your car…

When you enter the track and all eyes are on you...

You know you’ve finally made it.

Problem is, even if you’ve been racing for years, you might not know a lot of other racers who’ve gained sponsorships.

See this guy in the image below? 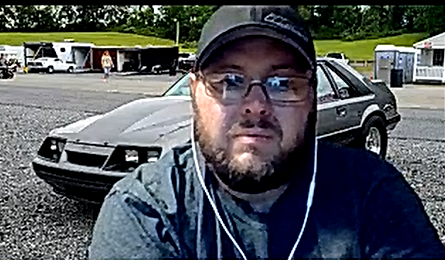 And now it’s YOUR turn.

If you want to learn the fastest, most effective way to finally gain a sponsor so your “hobby” can pay for itself…

Enroll In The Bootcamp

A 4-day LIVE lesson series that will teach you how you can have a sponsor!

This is NOT your typical course where you’re just told what to do.

Unlike other courses where you’re told to watch this and this and this… without someone or a community you can ask for help from...

Not only will you be mentored by yours truly…

But you’ll also be surrounded by other racers who’ve shown it’s possible to gain sponsorships.

Here’s What You Get…

➤ The 3 Key Principles of Sponsorships. Remember these cardinal rules and you’ll never wonder how to gain a sponsorship ever again.

➤ Do You Really Want A Sponsor? FACT: Not all racers need a sponsor. Are you one of them?

➤ Your Brand And Why You Need One. Most racers don’t have a brand. So it’s not surprising many have a challenging time gaining sponsorships. Here’s how you can build your brand.

Lesson 3 Tools Of The Trade

➤ Proposals, Logos, Hero and Business Cards. Attract sponsors to you! Find out why you should ALWAYS have these with you and the embarrassing story that lead to it.

➤ Schedule and Budgets. Learn how to present your schedule and budget in a way that makes sponsors say, “Tell me more!”

➤ Press Releases. There’s more to the press release than the “report”. In fact, this one thing is far more important than a racer’s name being mentioned.

➤ Building A Relationship. Do first impressions really last? Find out why relationships are key to success on and off the race track.

➤ Who Do You Get To Sponsor You?

➤ What You Should Offer and Expect In Return. Every racer has something to offer. If you’re not sure what that is, this lesson is a MUST watch.

➤ The 4 Types of Sponsorships. And you thought you could only ask for cash and parts...

➤ Where To Find Sponsors. Clueless where to start? Hint: You don’t have to look too far.

➤ Proposals and Its Contents. Every racer needs a proposal. I’ll teach you how to put together a “35-second” proposal - my winning proposal template. Use this to get your proposals read INSTEAD of getting ignored.

➤ Sponsor’s Expectations. Set expectations and keep your promises. Here’s how to keep your sponsors satisfied.

➤ Growing the Relationship. Where the “real” money is... have the end goal to get many and long-term relationships so your “hobby” pays for itself many times over.

The Bootcamp Is For Racers Who Want To...

★ Gain a sponsor without resorting to “outdated,
old-school tactics”

Now I can go on and on about this…

Because I truly love racing and I care deeply about the people in it.

Here’s What Racers Have To Say About The Bootcamp

"...It was such a huge burden lifted off my shoulders. Not only did he answer all the questions I had, he answered questions of other people... things I never even considered, or wouldn't have considered had I not been exposed to that. It's just been amazing!

You owe it yourself to get involved in this program. There are so many things he brings to the table... how to approach a sponsor, how to identify whether or not a potential sponsor is right for you.

That's all part of building a relationship and marketing yourself. All things I never even considered before talking to Jeff and being involved in this program.

If you don't know what to do... talk to Jeff Lambert!"

"Being part of the program really helps one to realize marketing partners are attainable!

Knowing how to take care of them is key and Jeff Lambert has the information on just how to do that!

The relationships being made with the members in the program is priceless!"

"The fun experience, the knowledge you gain, different people coming together that share the same passion as you do, all this is a package deal for a ridiculously affordable price.

These are just a few reasons that make this Bootcamp a no brainer.

Invest in your program and with guidance from Jeff, you can take your program to places you never imagined it could go!"

"I thought, why didn’t I do this earlier? Why didn’t I seek marketing partnerships to help grow our race program years ago? The answer: I didn’t have a clue how to do it!

The truth is, most people probably don’t know where to start, and what value they can provide to a potential marketing partner. I’m thankful for the resource I have in Jeff Lambert of Racesponsorships.net.

Their new Sponsorship Bootcamp is thorough, quick, and affordable, and you come out equipped with the knowledge you need to get started towards landing your first sponsor.

Matt Ebaugh, Kris Whitfield, Mitchell Mckinney, C.J. Hodges, Cody Field, Chris Bishop, Brandon Pfanenstiel, Justin Kruse, and Kasey Duncan are just a few people I know that have learned from Jeff’s courses and can attest to the value of the Bootcamp!

“So Jeff… How Much Does This All Cost?”

If you enroll today, you’ll get everything inside the Bootcamp...

Q: I’m just a local guy. Will this work for me?

A: Definitely. This course was precisely made for racers like YOU because you truly can gain a sponsor with the right guidance, training, and mindset about racing.

Q: What makes this different from other courses?

A: You will get unparalleled support. Anytime you need help, you can reach out and expect me to respond. I don’t just hand you information. I also build relationships with Bootcamp members to make sure they’re cared for.

Q: I’m a car builder. Is this course only for racers?

A: While this course is geared towards helping racers gain sponsors, the principles taught in the course are applicable to other businesses. In fact, one of our members, Heidi, is a car builder.